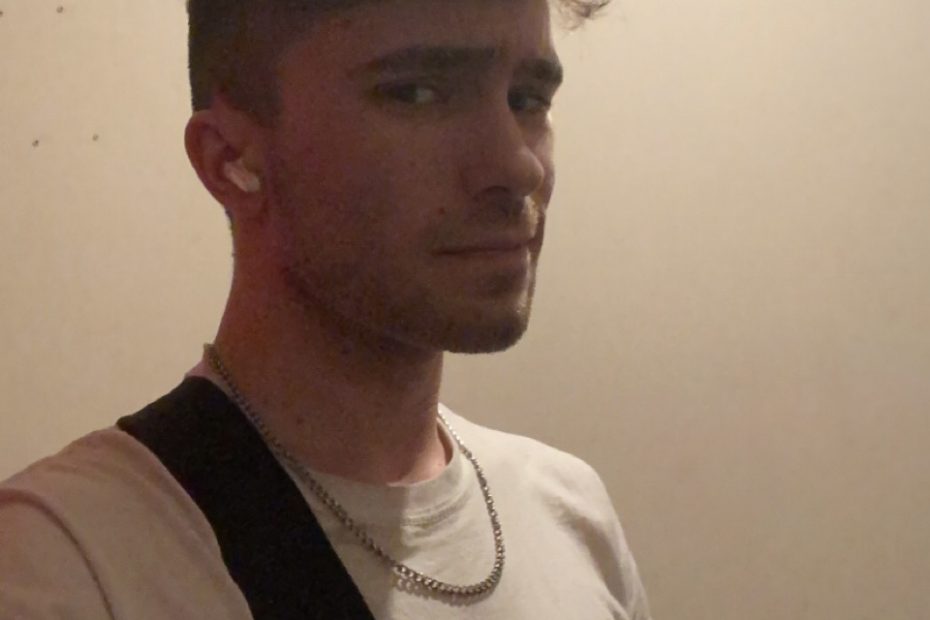 What is your role at Re:Fuel?

I do a lot of the graphic design work for Re:Fuel. So I put together some of the posters etc, as well as some of the event advertisements and a few of the social media graphics for our Instagram & Facebook and do the same for the other companies we have here too. I also do a lot of conceptual designs in Photoshop and Illustrator for various different projects.

How did you get involved with Re:Fuel?

I had previously not heard of Re:Fuel until I took part in the Kickstarter scheme. My work coach at the time told me about some opportunities that were potentially available, one of which being Re:Fuel. It immediately caught my eye so I instantly made the decision to apply and went in for an interview, which resulted in me getting the position I have now!

What’s your favourite thing about Re:Fuel?

There are a lot of things I love about working here. In particular, it’s great to work with people that are really chill and genuinely like coming to work, it makes the overall atmosphere of the office a brilliant place to be. I also really enjoy taking part in our events and getting to meet people that are very passionate about their vehicles, even if I’m not extremely knowledgeable about all the technical ins and outs myself! It’s great to see that people love what we do and have a good time. Plus I get to see some nice cars too, so that’s a bonus.

What were you doing before Re:Fuel?

Before Re:Fuel I was working as a customer service assistant primarily on the late replenishment shifts at B&M in Tiverton. I left my position there as I didn’t quite see myself staying there indefinitely. I feel like Re:Fuel is a much better fit for me as I get to make use of my college qualifications, which were ultimately underutilised at previous employment, as well as build upon my team & business-oriented skills.

Tell us about your home life!

I currently live with my parents in Tiverton, which is where I grew up but have only been living here since late 2019. Before moving back down here I was living with one of my close friends in a flat in Tunbridge Wells in Kent, but due to financial struggles, I found myself relocating back to the southwest.

What do you do when you’re not working?

During my free time, I do a lot of music. I play quite a few instruments but mainly guitar and bass. Over the past couple of years I’ve built up a Royal Blood style pedalboard for the guitar, and I’m pretty proud of how it sounds! Typically I play a lot of covers of songs, but I do write my own stuff too, which is very RB/Muse inspired. Other than music, I’m often doing graphic design at home too or watching movies as I’m quite a film buff, and, when people are free, I do of course go out most weekends with friends, although we find that unfortunately there isn’t much to do in the town I live in.

I don’t actually drive currently, which is pretty bad when I work for a company like Re:Fuel! But, while I don’t have any real firsthand experience of a good drive, speaking from a second-hand perspective, I’d have to say the drives around Falmouth in Cornwall are my personal favourites. Mainly because of nostalgia, as it reminds me of family holidays when I was a kid, but I do really love the scenery down there.

If you could go anywhere, where would it be?

This is a tough question to answer, as I’d ideally like to travel to most places in the world, but if I had to narrow it down it would be between Arizona and New Zealand. Arizona purely because of the NFL (I’m a huge Arizona Cardinals fan) so I have to go and see my team play at their home stadium one day, and New Zealand because of the locations & scenery. It looks amazing, and it helps that I actually have friends over there in Christchurch, so it would be nice to hang out with them and catch up.

What are you working on right now?

I have quite a lot of things I’m currently working on, some I can’t give away too much information on, but I am doing a lot of designs for advertisements and events for Re:Fuel and some future social media graphics, some exciting things are on their way.